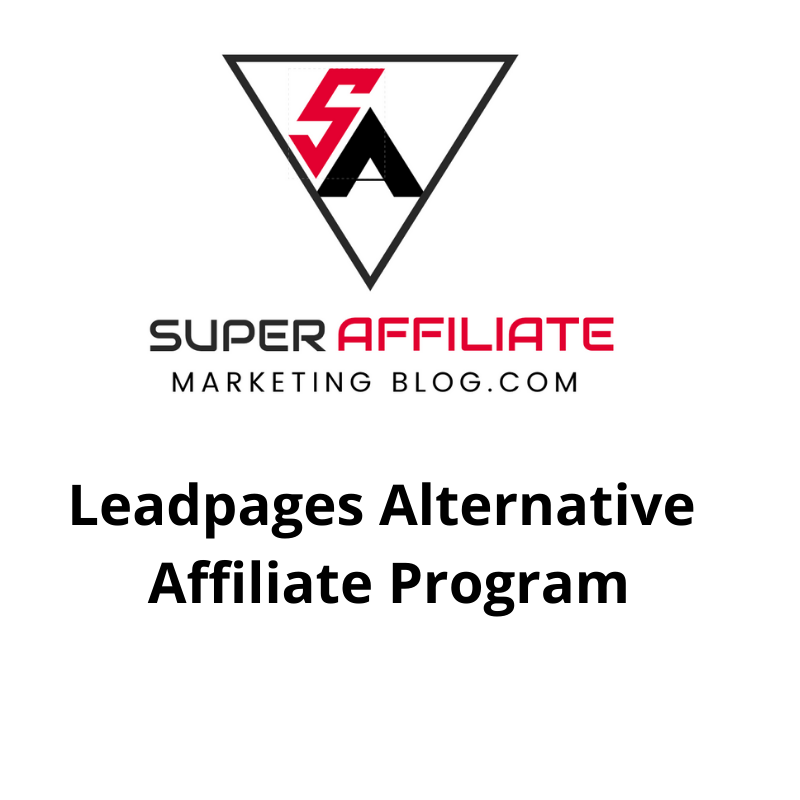 Although I have used Leadpages for quite a few years I have got pretty sick of the games they seem to play with their affiliates. I don’t think all of the faults were purposely created but they definitely aren’t looking after their affiliate army in my eyes.

Let’s go back a lot of years when I first bought Leadpages it said you needed to own leadpages to join their affiliate program, this makes sense and seems fair as people who sell a product should actually believe in or use the product or service.

So I bought Leadpages signed up for the affiliate program referred people and then a few months later they said only people who bought and upgraded to the top Leadpages program could be an affiliate.

This meant I had signed up as an affiliate referred clients but would no longer be paid commissions on my sales because I was not in the top-level Leadpages program.  I came back to look at it a year later and they had changed it back to anyone who bought Leadpages at any level could be an affiliate.

Again a couple more clients and a year or two later I get an email from Leadpages saying they were moving their affiliate program to some separate company.  Once again all my old ongoing commission payments will again disappear after doing the work.

Originally they were paying out 30% or 40% commissions hoping now that an external company was handling the Leadpages affiliate program I signed up again thinking maybe this time I would continue to get paid so I rejoined.

After signing two people up and the links not being credited to me I then re-read their affiliate terms which says if you don’t bring in a certain amount of new monthly Leadpages sales instead of getting the 40% commissions you earned you will only get 10%.

To me, this is totally ridiculous and the amount of money that over the years their antics have cost me does not make me happy. Although the product itself is great all trust I had in any Leadpages affiliate program went out the window a long time ago.

If you are looking to join a trustworthy company that sells a funnel page builder and pays you out your commissions weekly without fail. In fact, they actually pay you out a total of 80% residual commissions on all their products and services then you will want to check out our $25 Funnelbuilder you only need two sales of the funnelbuilder or any of their other products to be in profit.

The other products they have include the

Trial for the academy and funnelbuilder

I also offer a service where I help you to set up your own blog or website, sales funnels or affiliate programs so you don’t need to rely on other companies for your income you can find out more details about these by visiting https://asksotiris.com/learnmore

I discuss a variety of products/services on this website and when possible, I will use affiliate links (and I suggest you do the same on your blog!). If you follow an affiliate link and go on to purchase that product or service, I will be paid a small commission, however, your cost will be the same. I only recommend products or services I know and trust.